Cadmium sulfide nanoparticles and their quantum dot version are of a significant interest due to their semiconducting and luminescent properties, especially their controllable emission bands, continuous excitation and the ease of functionalization. Cadmium sulfide (CDS) is particularly used in devices with optoelectronic property and is known to be a direct band gap material at room temperature. Cadmium sulfide has attracted a lot of attention due to an extensive range of applications and unique properties. In fact, cadmium sulfide among the most widely studied semiconducting material with unique chemical and optical characteristics because of its quantum size effect. Particularly, cadmium sulfide has been shown to be a highly qualified photosensitive material and its perfect compatibility with organic semiconductors makes it a potential agent as an electron acceptor with an application in solar cells1.

Generally, cadmium sulfide is a yellow inorganic compound that occurs naturally as two distinct crystal lattices in the form of rare minerals and du to structural similarities, it is found in zinc ores as impurities as cadmium’s main economic source. With regard to the technical fact in nanotechnology, matter and mostly solids adopts specific, intensified, improved and novel properties when they fall into nano scale. In the case of semiconductor nanomaterials, the fundamental point to take into consideration is the development of efficient and reliable synthetic methods in order to obtain particles with appropriate size and morphology.

Similar to zinc sulfide, cadmium sulfide occurs in two crystalline forms with the hexagonal wurtzite as the most stable structure and the cubic zinc blende. Cadmium and sulfur atoms in these two crystalline forms adopt four coordination states. Cadmium sulfide is considered as a direct band gap semiconductor with its color being originated from visibility to electromagnetic radiation. Its conductivity increases with its irradiated and when it’s coupled with semiconductors of p-type, it can form the core component of solar or photovoltaic cells. It should be mentioned that CDS/Cu2S is among the first efficient solar cells introduced back in 1954. Cadmium sulfide adopts luminescent quality when it’s doped with Al3+ or Cu+ under electron beam excitation with applications in phosphorescence analyses. When cadmium sulfide is formed like a thin film, it adopts piezoelectric behavior to be used as transducers and can operate at Giga Hertz (GHz) region.

Cadmium sulfide nanoparticle have been prepared based on methods such as Microwave-assisted solution precipitation synthesis, Chemical Vapor Deposition, solution precipitation, DC Electrochemical Deposition, gas phase reaction with hydrogen sulfide (H2S) or sulfur vapor, solvothermal and hydrothermal, and thermolysis process so far. Microwave assisted heating method has been used as an advantageous method with short reaction time and high energy efficiency as well as the possibility of inducing particles with smaller size, higher purity and narrower size distribution due to homogenous heating by microwave irradiation 1. On the contrary for solar cells, it is essential to investigate the physical and chemical properties as well as photovoltaic performance that are affected by preparation conditions of CDS synthesis. For an application in solar cells, cadmium sulfide nanoparticles are synthesized taking the advantage of microwave radiation and the solution precipitation method using thiourea (TU) and thioacetamide (TA) as the sources of sulfur. A solution containing cadmium chloride (CdCl­2), sodium citrate (HOC(COONa)(CH2COONa)2) and KOH are prepared and the pH is adjusted to be around 7. The solution is heated up by microwave radiation up to 150°C and maximum 30 minutes until it changes to yellow. The resulting CDS should be washed and dried at room temperature 1.

Recently, a novel biological using capping biomolecules method has also been suggested to synthesize cadmium sulfide nanoparticles. Some studies have reported microbial synthesis of CDS nanoparticles using the E-Coli based on the concept that nanoscale crystals synthesis relies on cell’s growth phase. In a different biosynthetic method, bacterial protein has been employed to serve in the synthesis process and particle formation. Nanosized cadmium sulfide crystals synthesis has been prepared through genetic engineering using genes that are responsible to bind CDS to peptides. In general, biomolecules and microorganisms sustain a significant number of nucleation centers to control particle size, crystallinity and morphology of nanomaterials and make it possible to achieve highly stable and dispersed nanoparticles 2. Particularly in a biological method, the biosynthesis of CDS nanoparticles involves the use of microbial cells obtained from a logarithmic phase being in the mature and high dividing stage of their bacterial life cycle. The bacterial cells are centrifuged and washed in phosphate-buffered saline (PBS, pH 7.4) to ensure the removal of the bacterial culture media. CdCl2solution is added to buffer containing the bacteria and incubated for 12 hours at 37°C to obtain the desired cadmium sulfide nanoparticles 2.

Cadmium sulfide nanoparticles are known for their extensive applications dual semiconducting and luminescence properties and show a great promise in medical imaging and treatment of disease. CDS nanoparticles have potential applications in laser light-emitting diodes, thin film transistors, electronic and non-linear optical optoelectronic devices, single-electron transistors, photo catalysis photo-electrochemical cells, solar cells, in electroluminescence analysis thin films and solid state lasers. In thin films, cadmium sulfide is combined with interactive layers for applications in some specific solar cells. They are also among the first semiconductor materials used widely in thin film transistors. Cadmium sulfide thin films exhibit piezoelectric behavior and are employed as transducers that can operate at Giga Hertz region of electromagnetic radiation. Nanoscale cadmium sulfide has shown to have a net cooling which originates from the annihilation of photons during anti-stock luminescence at wavelengths as small as 510 nm. Therefore, a maximum decline in temperature is recorded when nanoscale cadmium sulfide particles are pumped with a laser that functions at wavelengths like 514 and 532 nm.

The dual property and extensive applications have made cadmium sulfide nanoparticles as qualified nanomaterials to attract a lot of attention in industries, medicine and science. In addition to common physical and chemical methods, the synthesis methods fit in the standards of green chemistry due to the use of biomolecules like bacteria with applications in medicine.

2. Sankhla, A. et al. Biosynthesis and characterization of cadmium sulfide nanoparticles – An emphasis of zeta potential behavior due to capping. Mater. Chem. Phys. 170, 44–51 (2016). 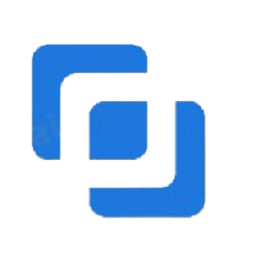